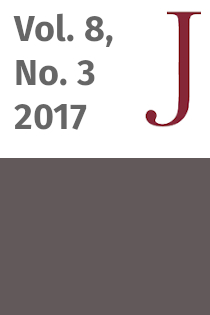 The Library of Congress has been exploring “linked data” for over 10 years. The genesis of this development goes back to the W3C projects in the late 1990s on SGML, then XML, HTML, and finally a linked data oriented format RDF. In 2007 the Library of Congress organized a community inquiry into the “future of bibliographic control,” that became a catalyst for exploration and change. A wide ranging report was written and some major recommendations were made. Some have been acted upon, others are still on the table such as a rethinking of subject vocabularies. But two technical recommendations were ideally suited for exploration using the emerging linked data framework of the W3C: the use of technology to get broader use of library curated vocabularies and the replacement of the MARC format with a data interchange framework that makes library data more readily available on the web. The Library was investigating the linked data framework for standards and models for exposing its vocabularies such as the LCSH. Accordingly, LCSH was made publicly available as linked data in 2009 followed by name authorities, countries, languages, and many other controlled lists used in bibliographic standards such as MARC, MODS, and PREMIS. This project became the Library of Congress Linked Data Service. Its aim is to establish stable identifiers in URI form for entities and concepts that are useful for description of cultural heritage material. Then in 2011 the Library of Congress announced the start of the Bibliographic Framework Initiative (subsequently labelled “BIBFRAME”) to respond to the second major technical recommendation of the future of bibliographic control report: to replace MARC for interchange and to make library resources more visible on the web. The Library of Congress, with the library community, is tackling the challenges described above and this paper looks at main aspects of that development.