Who is interacting with researchers on Twitter? A survey in the field of Information Science 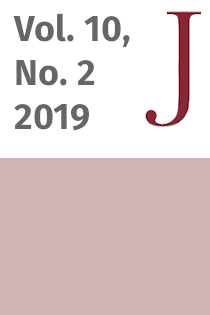 The social web appears a promising environment to study the societal impact of research, and, although platforms such as Twitter appear to be popular to share scientific content, little is known about the outreach of scientific communication on social media. By surveying a sample of Twitter users who are also followers of communication and Library and Information Science (LIS) researchers, this article aims to understand who is interacting with researchers on Twitter and if the activity of following allows to get closer to science and research. A survey was sent to all followers of 9 active researchers, and 53 responses were collected and analyzed. According to the results, followers are mostly professionals (49%) although the higher education sector (36%) accounts for an important part of the audience. Twitter allows respondents to keep updated, feel as a part of the scientific community and gain more visibility, whereas interactions appear as an important though secondary facet of these users’ activity on Twitter. Finally, participants consider that they do not have influence on the scientific process, maybe because the flow of information on Twitter occurs mostly as retweeting in an unidirectional fashion. More research is needed in order to understand better interactions and engagement on social media before they can be quantified and measured as indicators of societal impact of research.