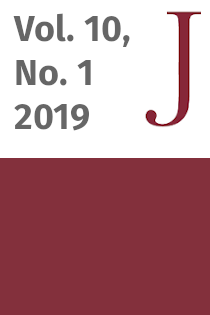 The Paris Principles of 1961, resulting from a meeting between the leading librarians of the day, and the Florentine experience with the Bibliografia nazionale italiana (BNI), a site subject to international pressures and at the heart of Italian cataloguing policy, are at the basis of the concept of Principi di catalogazione e regole italiane. Maltese was of the view that the Italian code of 1956 should be completely overhauled, leading to a “consistent system of clearly formulated basic principles”. The quotation of A.D. Osborn “Cataloging is an art, and as an art it is technical. Its basic rules are actually rather few and simple, and, in so far as the rules are kept few and simple, it is a delightful art to practice” (The Library Quarterly, 11 (1941) pp. 394−305) is the key to the reading of the work. Osborn (writing in 1941, twenty years before the Paris Principles), was hoping for rules that did not relate simply to particular cases, and that were unburdened by non-essential questions; Maltese’s reference to Osborn relates above all to the general method that he wishes to adopt: the abandonment of a legalistic code that proceeds case by case and is, hence, always “behind” with regard to the concrete manifestation and evolution of various types of publication; both are, instead, in favour of a code consisting of a small number of principles, serving as a guide, given the impossibility of foreseeing, recognizing and providing for every bibliographic eventuality. This philosophy takes maximum advantage of the professionalism and discernment of the cataloguer; the cataloguer, in fact, is called upon to use both competency and good sense − based on principles incorporated in “few and simple” rules − to adopt the solution that is most effective for the concrete context in which the catalogue is placed. The volume issues a powerful call for a return to responsible cataloguing and to the use of precise terminology. In this way, Maltese accords significant recognition to the profession, a testimony that marks a stimulating period in its history which, in the eighties and nineties, was subject to attempts at disruption, with drastic cutbacks in cataloguers and the widespread notion that anyone was capable of cataloguing.